Charmaine Anne Lilje has a passion for food and hospitality. Combined with her abundant creativity and a genuine love for serving and making people happy it seemed inevitable that she would be drawn to the world of hospitality. How did a young twelve year old girl’s dream of becoming a chef turn into a reality, with little family history of culinary skills for her to draw from ?

Always independent, Charmaine moved out of home aged sixteen, and took her first position in catering at Jack Sprats, serving home cooked meals after school. This was the journey’s beginning and by the age of seventeen Charmaine had received an entrepreneurial certificate from her high school and had initiated her school’s first ever catering club. 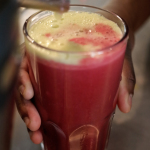 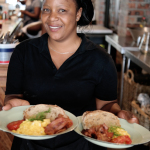 A tertiary bursary helped lay the foundations for Charmaine’s business management skills; but it was on her travels, working double shifts for a variety of hosts and visiting international food markets, where she found the real and raw opportunity to learn in the heart of the industry and to ignite her passion for food. The hard work and hunger to gain experience continued. Charmaine returned to Cape Town to secure an unpaid job as a junior chef at Olympia Cafe through part owner at the time and and now husband, Donovan Le Cok. Cheffing and waitressing alternating shifts at Olympia Cafe showed owner Kenneth Mc Clarty “she has what it takes” and after three months he gave her control to run the pass and come up with menu ideas which in turn earned her a small salary.

Eight months later and Charmaine had joined the La Calombe Restaurant team under Frank Dangeroux as a chef de partie. This turned out to be a significant career move as within six months Charmaine was third in command as a junior sous chef at a prominent restaurant voted number one in Africa.

When Frank Dangeroux resigned and his sous chef followed, Charmaine stood up to run the restaurant for eight months with further acclaim. The renowned Luke Dale-Roberts was her next mentor, and she continued to learn under him as sous chef at La Calombe until her next opportunity arose. 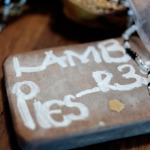 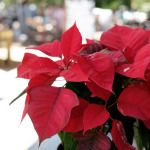 A short “fine dining in the bakery” season followed at Olympia Cafe’s historic bakery. However, with the sudden death of her mom, Charmaine found herself reevaluating her life, and her goals and dreams. She took stock and decided to open her first business on the 1st of January 2009, three months after her mom’s death. Chardonnay Chefs was born as an exclusive catering company operating from home. This personalized business served with professionalism and care for seven years with a client list that grew to include people from all around the Western Cape as well as high profile politicians and international actors. All along this journey Charmaine’s entrepreneurial spirit has been ever present and there was no doubt, when she found the opportunity, that she was ready for the next challenge of opening her first restaurant and farm stall in Constantia, called Chardonnay Deli (Char – Charmaine / Don – Donovan – nay). 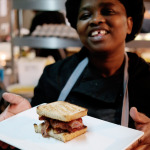 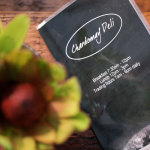 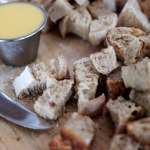 With so much history intertwined with these buildings, it seems fitting with Charmaine’s philosophy of life is a belief that every person in her past has played a role in contributing to her future. Chardonnay Deli shows a love and respect for the rich history of the property in which this rustic restaurant trades, couple with a commitment to the trading legacy emanating from the energy and atmosphere of the space.

Charmaine Ann Lilje has a passion for food and hospitality. We hope our clients can sense and feel the love for food, service and creativity that defines Charmaine and Chardonnay Deli. Her style is rustic, rooted to a belief that people are moving back to basics with a wish for simple, uncomplicated good food and good vibes. This space was born from journeys and dreams filled with hard work and passion and if history is anything to go by, then we know the future of Chardonnay Deli is bright.

Welcome. We hope you love the space as much as we do.